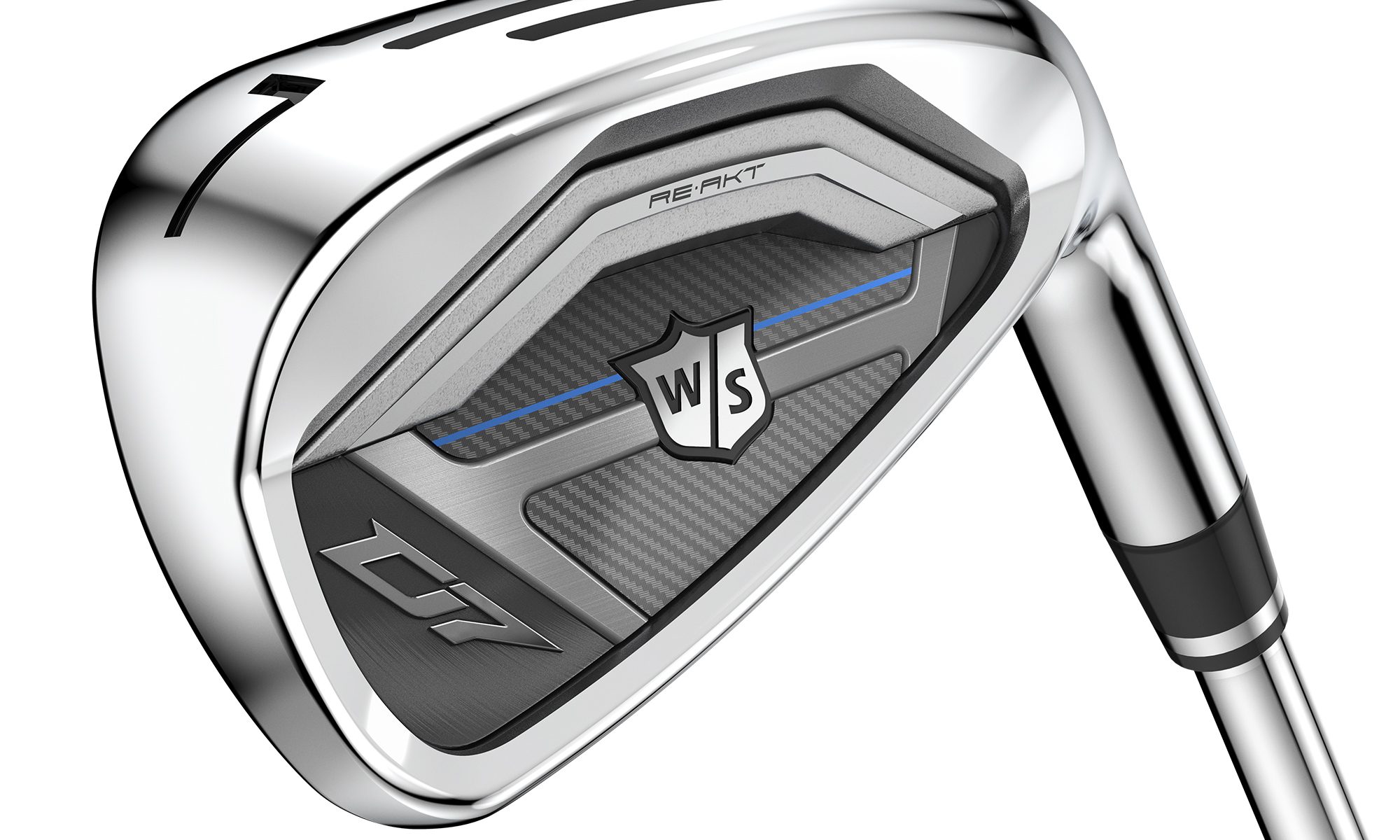 There are a number of iron categories: “tour,” “player,” “game improvement,” “super game improvement.” Then of course there is the distinction between “forged” and “cast” irons.

Another new category has gained steam and fans over the last few years: the “players distance” iron. The target audience for this category is low double-digit handicappers, and maybe even high single-digit players, who find themselves losing distance either on off-center hits or with – ahem – advancing age.

One of the real class acts in this category is the Wilson D7 Iron. The D7s are packed with technology, including progressive “power holes” and progressively thin, very “hot” faces. Best of all, they maintain a more sleek, traditional profile than many irons that straddle the “game improvement” line.

The D7s come in both forged and cast versions. The former, new for 2020, list for $1000 (GW-5), and the latter for a very reasonable $600). It has been many seasons since I switched to forged irons, so I thought I’d take the “working man” version out for a test to see what all the engineering and materials advances over the past decade or so have done to improve feel and performance of more budget-friendly clubs. 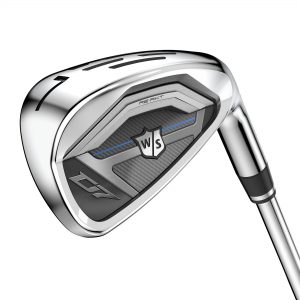 I played a set of the Wilson D7s with stock KBS regular flex shafts. I was concerned about that shaft choice, as I normally play stiff shafts. But I have noticed no increase in tendency to hook (which I do at times) or slice (which I almost never do with my irons). The tips of these KBS seem somewhat stiff, so perhaps that’s the reason. To be honest, though, sometimes I wonder whether the differences in stiffness in steel iron shafts is even a thing.

So how did they perform? Let’s cut straight to the chase: I put them in my bag for what I thought would be one test round. Seven rounds later—including a semi-final win in my course’s Match-Play Tournament and my low round of the year just yesterday (75)—they’re still in the bag.

Compared to my usual forged irons (by a major and universally respected iron maker), the Wilson D7s bring several benefits. Tops among these, is their incredible forgiveness. I have mishit a dozen or more shots – fat, thin, toe, high on the face – and on well over half of those misbegotten swings, the ball has ended up on the green (or near it, anyway).

Along with forgiveness, these irons are long. This is expected, given that the lofts are jacked up, averaging 1.5-clubs stronger than “traditional.” In fact, the lofts are even stronger in the D7s than those in the Wilson Launch Pad Irons, which are in the super game-improvement category. This ratcheting up of lofts doesn’t make it harder to get the ball in the air, though, as the center of gravity is as low and as far back as can be managed without sacrificing a somewhat more “players iron” look.

Length isn’t always a plus, though. I was pretty dialed in on my yardages with my old irons. Well, to be honest I was last year. This year, I was feeling like I needed to step on some swings to get them to their “normal” yardages. I blamed lack of practice. I blamed swing changes. I blamed COVID-19. But frankly, it’s probably because (a) I’m getting old, and (b) I wasn’t striking the ball very consistently. The D7s allow me to pull my “usual” club for the “typical” yardage. If I really stripe a shot, it may go long, but aside from on greens that are very hard, this isn’t usually much of a penalty.

The only drawback to the D7 design, as far as I can tell, is their rounded sole (where you’ll find the progressive power holes, configured specifically for each iron). The leading edge of the face is protected from digging in by this sole, which adds a small bit of extra bounce angle to the clubs. Like the Launch Pads, I’m sure the D7s incorporate this design in order to help players avoid fat shots. And, when the turf is soft, it is a useful feature, indeed. But when the turf is baked out, and your swing is a little too shallow, the club tends to deflect off the ground and up into the ball, resulting in thin shots. In dry conditions, you really need to focus on descending into the ball; however, doing so will deloft the face even more and likely add yards. The rounded soles also require some practice with punch shots—a typical strength of mine, thanks to lots of practice—which don’t come out quite as clean as with irons whose leading edges are sharper.

Long story short: “players distance” irons might require some adjustment because they do, in fact, give you extra distance.

Finally, let’s talk about feel. I can’t compare the standard D7s to the Forged D7s, as I haven’t tested the latter. But to be honest, the standard D7s feel plenty soft to me. I can draw and fade them well enough, and I can feel quite clearly when I pure a shot, compared to off-center strikes. 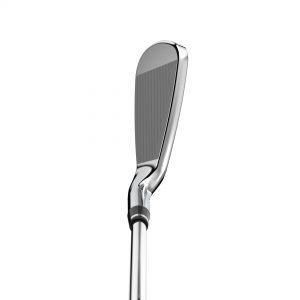 The Wilson D7 Irons are ideal for players who are seeking to maintain distance without sacrificing feel or looks. They’re stable and powerful – so much so that you may find your best shots going a little too far until you recalibrate. Golfers who play well-manicured, softer courses will find the sole design particularly forgiving.

If you want to buy the D7s — or any new Wilson equipment, here’s a treat for you:

A few rules to mention: